So, I’m assuming the average jock is not going to ask for a mirror and a comb and then spend ten minutes making sure his hair is “just right” before posing for his baseball card. But, then again, this was the ‘70s. And, you know, maybe it’s not just pimply pre-teen boys who’ll be checking these things out. Yeah, this card’s for you ladies out there! (Hey, how ya doin’?) 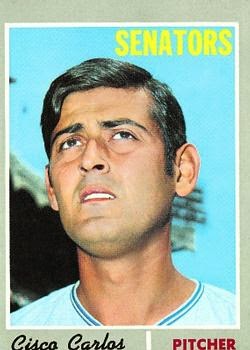 I always get this guy confused with Carlos Cisco. Oh yeah, Cisco Carlos is the pretty one.

Cisco Carlos was up for four years in the late 60s, getting in 237 innings and 36 starts. He actually appeared on the cover of Sports Illustrated (with Johnny Bench no less), and was featured in an article on promising rookies of 1968. Unfortunately, Cisco then then went 4-14 in that “year of the pitcher.” Wow, talk about the SI curse! 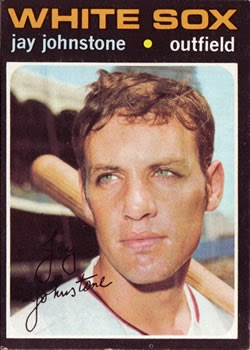 Well, it’s good to see at least one of these guys had the decency not to comb his hair. Between the eyelashes, the baby blues, and a genuinely neat ‘do, I’m sure no lady could possibly resist this guy.

Jay Johnstone may be best remembered as a clubhouse prankster. Many of these typically featured Tommy Lasorda, including:


And, yes, Johnstone is the dude who posed for a card one year in a Budweiser umbrella hat: 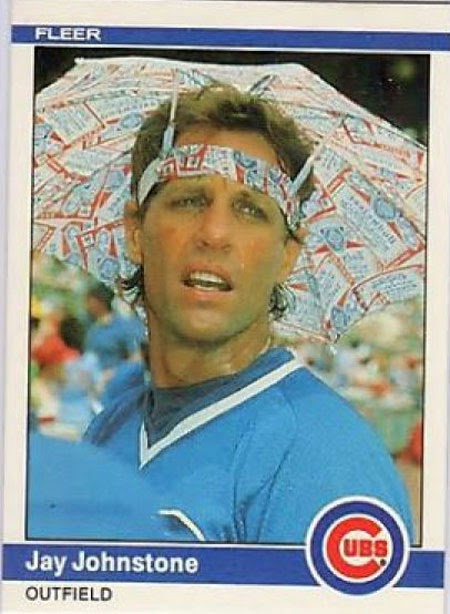 Man, he is a prankster. 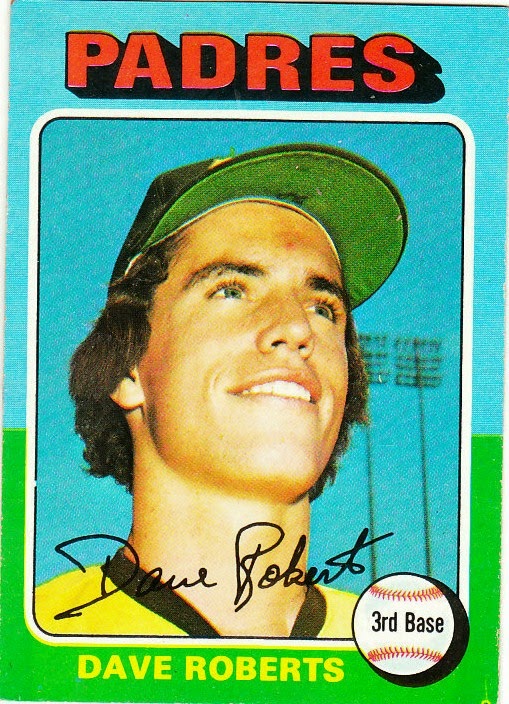 Dave Roberts is not the guy who made “the steal” in Game 4 of the 2004 ALCS. Nor is he Dave Roberts the pitcher, the outfielder, or the first baseman.

Our Dave was primarily a third baseman, but actually played every position but pitcher. He was up for ten years (two as a regular), played for four teams, and finished with a .239 average, 49 homers, and 208 RBIs in a little over 2,000 at bats. 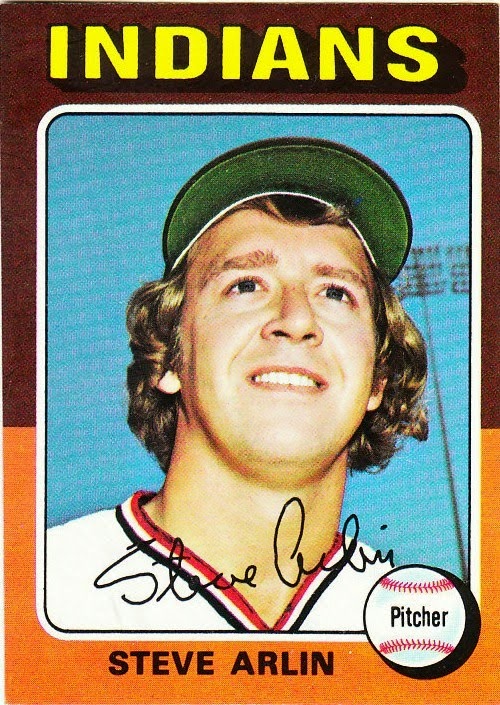 Steve Arlin was a huge college star. He finished his career at Ohio State 24-3, with not quite 300 strikeouts. He was a huge College World Series stud as well, leading the Buckeyes to the title one year and striking out 20 opponents in a 15-inning game in another. He’s also in the College Baseball Hall of Fame.

The majors, on the other hand, were another matter. In fact, Arlin led the league two years running in losses. Interestingly, this was not with the Indians, but with their NL-equivalent for that era – the Padres. 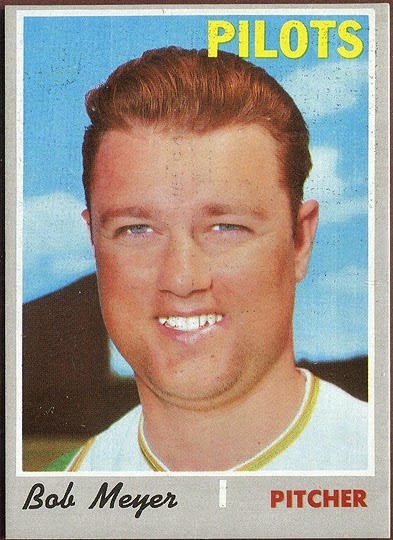 Bob Meyer was up for three seasons, with four different teams (three of those in his first year). He finished 2-12 with a 4.38 ERA. Poor Bob. 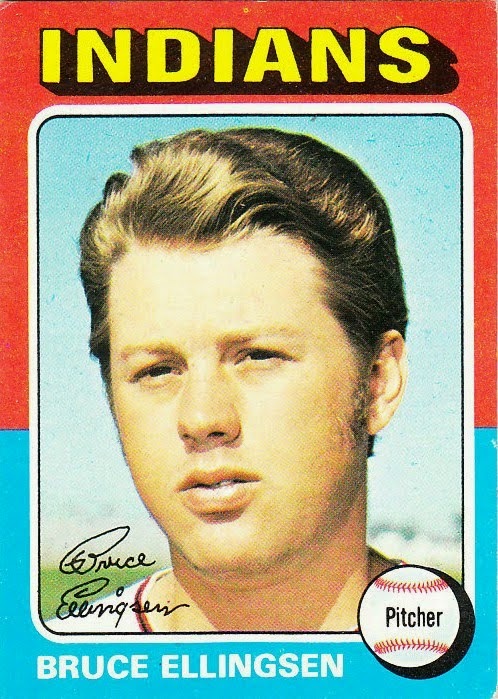 I’m Marge Simpson, and I approve this hairdo.

Bruce Ellingsen was up for only one year, going 1-1 with a 3.16 ERA in 42 innings. He actually came up with the Dodgers … Who traded him to the Indians (hence the card) … For one Pedro Guerrero (perhaps you’ve heard of him?) … Which has got to be one of the worst trades ever (ever). 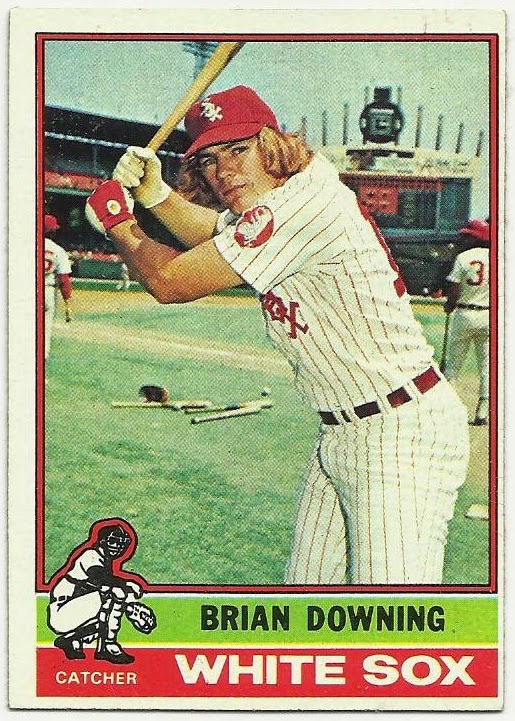 They called him “Prince Valiant.”

It’s hard to believe, but there’s an even worse card of Brian Downing out there. In fact, you can find one of the worst cards ever made right here. 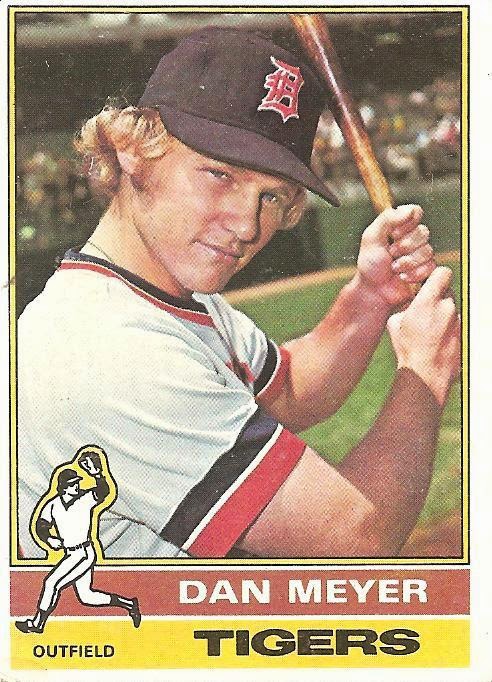 Okay, cock your head a little more.  That’s it!  Now, give me a little simper.  Perfect!

Those are not too bad stats. Especially for someone who came in #70 on a list of the 100 worst baseball players ever. The author of that blog states:


His hair was long and golden blond. He twice hit 20 home runs in a season. But Meyer was more like a movie set version of a player. At first glance all the pieces were in place, but a closer look reveals only a façade

To which, Dan might well reply, “Hey, buddy, don’t hate me because I’m beautiful.” 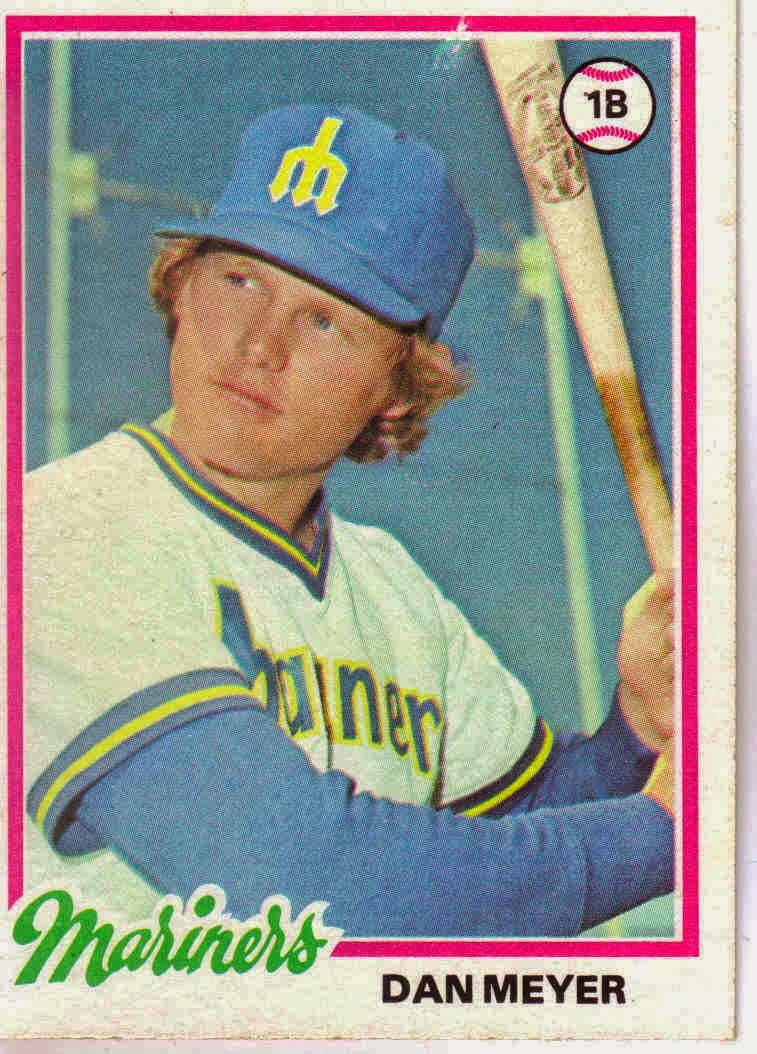 Looks like Dan got traded away, but it’s nice to know he still has “the look.”

Dan actually played more first base than any other position. He was one of those odd first baggers who was under 6’0” and weighed less than 200 lbs. The two years he clubbed 20 dingers were with the M’s. 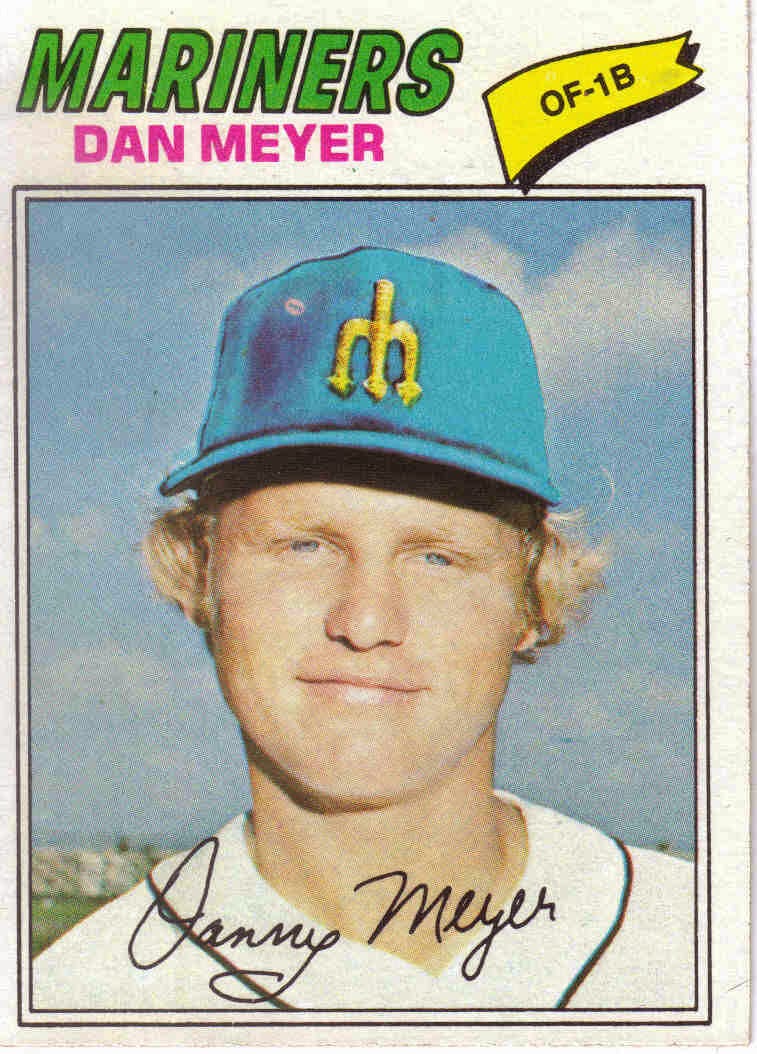 Oops! He did it again. 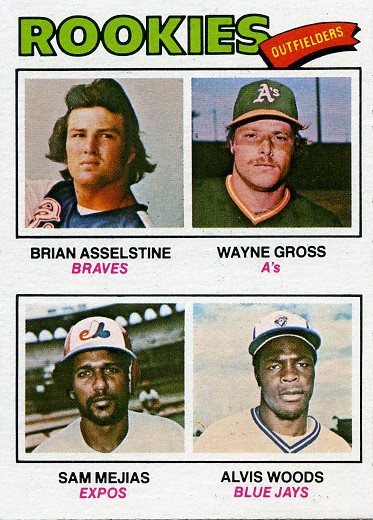 What the …?  I’m detecting a little Elvis, a little Hans Brinker, a little … man, I just don’t know what.

Brian Asselstine never really made good on the considerable promise he showed in this card. He was up for six years, but only totaled 500-some at bats, with 12 homers, 68 RBIs, and a .254 average. Now, that’s an okay season. I just don’t if you want to have that down as your whole career.

Very funny post from Cardboard Gods (Whuh? How’d that happen?), ostensibly about Brian, but actually having almost nothing to do with him (no surprise there), right here.